The Korean blockbuster superhero movie “Psychokinesis” explores superheroism as a socially-relevant magical realistic narrative. Here is our review of the movie, with mild spoilers.

Comic books and movies, if not all, portray superheroes as demigods flying and sprinting among us. Without their suits, they are as fallible as the mortals around them. But when they suit up, they completely transform into near-perfect beings out to save the world. 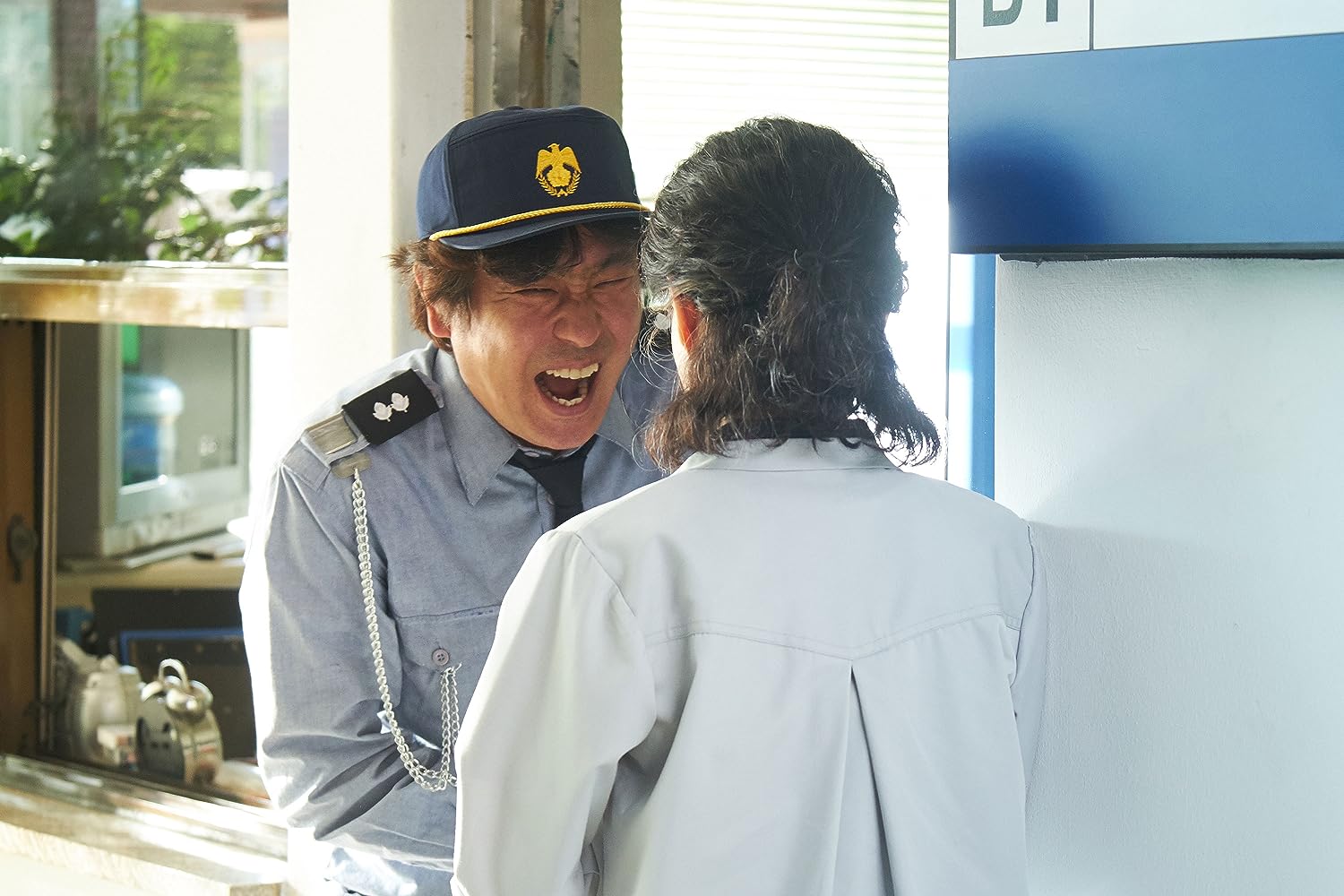 “Psychokinesis” breaks this stereotype from the get-go. Protagonist Seok-Hyeon (Seung-ryong Ryu) is a security guard at a bank. He’s far from what you would call a model employee. He steals coffee packets and tissue rolls meant for customers and usually comes to work late. On top of that, he’s a divorced father with an estranged teenage daughter, Ru-Mi (Eun-kyung Shim).

There are also no giant labs or secret organizations in the movie. When Seok-Hyeon accidentally gains psychokinetic superpowers, he has no choice but to learn them on their own. After all, he has no mentor teach him how to develop, or control them. His newfound powers eventually allows him to protect Ru-Mi and her community against selfish corporate and government elites. He doesn’t even hide his powers, and uses his powers in plain sight of other people around him. While the movie does away with Hollywood or Western comic book stereotypes, it uses familiar scenes in Korean family dramas. It doesn’t have a significant romance arc, which is kind of refreshing to see.

Power to Women and The Masses

Another good thing about the movie is how it portrays women and the masses. Hollywood still has damsels-in-distress in superhero movies, although not a lot. Superhero films and series largely portray the public as disengaged, or at the most, full of fear. How many movies have we seen people running away during a superhero battle? Ru-Mi is no cookie-cutter K-drama female lead. She’s strong, assertive, and fiercely compassionate to those around her. Her mother and the women in her community are strong as well.

The movie also gives agency to the public, portraying them as learned, unified, and engaged. It’s admirable to see a crowd in a superhero movie that doesn’t cower in fear. Though the movie broke stereotypes and established stronger protagonists, it failed to characterize the villains better. All it has are token villains commonly seen in action films. Actress Yu-Mi Jung tries to make the villain Hong Sang-Moo look better, but unfortunately, her efforts still fall flat.

Director Yeon Sang-ho is known for tackling relevant social issues in South Korea in his genre films. His blockbuster zombie film “Train to Busan” addressed the callous behavior of Koreans towards each other. Remember, people were became good to each only when the going went really tough. It also reflected the problematic way Korean elites and the government treated ordinary citizens.

Director Yeon’s positive portrayal of Korean citizens in “Psychokinesis” is reflective of the societal and political changes in the country. “Train to Busan” was released in 2015, way before former president Park Geun-Hye was embroiled in corruption scandals that ended her presidency. “Psychokinesis” began filming in April 2017, a month after the “Candlelight Struggle” mass protests and president Park’s impeachment. The protest wasn’t only significant to South Korea’s democracy. It was also significant to the world which saw democratic threats gain political power in both parts of the globe. In a way, the movie tells us how we should fight these threats back, the way the Korean people did.

The repercussions of superheroism

There are battle scenes between him and the villains, because this is a superhero film after all. Even then, Seok-Heon is treated as a fallible human, struggling to master his other abilities to fight off evil. Towards the end, the movie shows the negative repercussions of having superhuman abilities. Not everything is pretty, but it helps get everything right, eventually.

“Psychokinesis” takes us back to the time when superheroism was a simple concept that helped addressed relevant social ills. It is also progressive in the sense that it doesn’t involve any suits or magical transformations. The movie tells us what superheroism would truly look like if were possible today. The movie doesn’t use all the tropes Hollywood and pulp magazines have given us. Instead, it portrays superheroism as a charming and insightful magically realistic narrative. The movie also features a talented and engaging acting ensemble and excellent visual effects and cinematography. Put all of these elements together, and you get an insightful and heartwarming film that’s fun to watch.